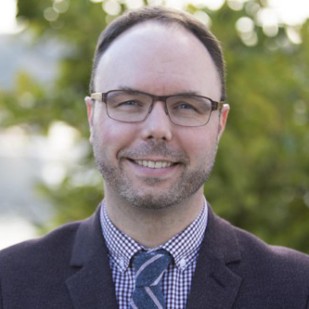 Travis Mayfield is an anchor and host on Q13 News This Morning.

Travis started his career in broadcast journalism at NBC’s Today Show in New York City, followed up with a year at KHQ-TV in Spokane all while still attending Gonzaga University. After earning a degree from GU Travis went to Montana where he produced, reported and anchored for NBC Montana.

Travis returned to Washington to work as a special projects reporter at KNDO-TV in Yakima before returning to Spokane to work as KXLY-TV’s consumer reporter.

Travis came home to Seattle in 2006. He first served as a reporter for KOMO News on the radio and television. He was then promoted to Community Network Manager, Executive Producer and Director of Digital Social Strategy for the Fisher Interactive Network before landing at Q13 FOX.

Travis’ work has been honored by the Society of Professional Journalists, RTNDA, the Associated Press and in 2012 he received a Fisher Communications “Innovation” award. Travis was most recently nominated for an Emmy in 2012 and he serves on the board of governors of NATAS NW.

Travis was born in Oregon, raised in Port Orchard, Washington and now lives in Seattle’s Montlake neighborhood with his husband, kids and dog.