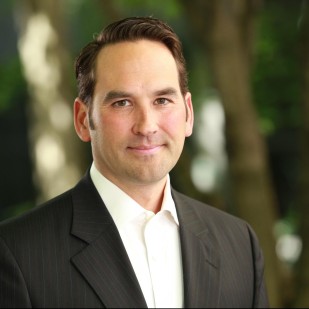 I always knew I wanted to study weather, so after studying earth sciences like meteorology and climatology, I graduated from the University of Oregon with a degree in geography. I then headed south to Mississippi State University where I became a certified meteorologist – and also learned to appreciate severe weather and really good BBQ.
I’ve been in Seattle 17 years and am a board-certified meteorologist, with certification from the American Meteorological Society. I have a Television Seal of Approval from the AMS, given only to those with high technical competence in forecasting. I’ve been Emmy-nominated for “Best Weathercaster” five times. I also won “Best Meteorologist” from the Seattle Weekly.
The bottom line is that I love to forecast the weather in the Pacific Northwest. Most people think it rains here constantly, but it really doesn’t. We get half the rainfall that Miami and New York get. We have less rain than Portland, Ore., and often see sun breaks on the grayest winter days. I’ve lived in the Northwest virtually my entire life and have always been fascinated with its changing weather patterns and the challenge it presents in forecasting. I feel it’s one of the hardest places to predict weather in the nation due to the lack of data over the Pacific Ocean, which is where almost all our weather comes. It’s because of this that I try my hardest to get it right.
After forecasting Western Washington weather for more than a decade, I feel with my extensive training, experience and credentials in meteorology that I will get the forecast right more times than not, and I think that if you watch and trust me with your weather needs, you’ll agree.
I’m known around the newsroom for…
Working in the tundra that is my office and the studio.
What keeps me going…
My love for weather and my family are what keep me inspired.