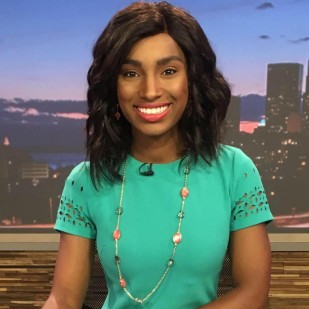 I knew I wanted to be a television news journalist at a young age. Truthfully, it’s the only job I ever wanted. My career has taken me further west to Seattle, Washington where I work as an anchor/reporter at Q13 News – KCPQ. My job title includes both anchoring and reporting so I can continue to bring a wide skill set into the newsroom while working on both responsibilities.

As a news anchor and reporter at ABC 4 Utah, I soon learned the position made me an instant role model. As the first black primary weekday anchor in the state of Utah, I strive to be a great example while reaching out to Utah’s minority communities. That history-making accomplishment garnished international notoriety and a great responsibility.

I started my journalism career at Syracuse University where I held various positions on campus stations and newspapers before graduating. I spent the last three months of my collegiate career, starting my professional career working as part-time reporter at WSYR News Channel 9. My first taste of journalism sent me all over Central New York covering fatal snowmobile accidents, union disputes, and snow, snow, snow.

I also worked at KCRG TV9 News in Cedar Rapids, Iowa where I spent three years waking up bright and early to deliver the weekend morning news. I fell in love with the people of Eastern Iowa.

Before that, I worked at WSJV in South Bend, IN as a lead weeknight reporter at the tender age of 22, fresh out of college with the weight of the highest-rated newscast on my shoulders.

Born in Ft. Worth, TX but raised in the suburbs of Chicago, I’ve always had the itch to travel. I spent a semester studying abroad in Madrid, Spain. While abroad, I traveled Europe and Northern Africa experiencing and learning about cultures different from my own.