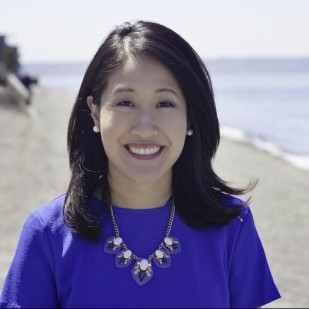 Janet Kim is excited to be reporting in the Pacific Northwest, where she started her journalism career.

Her journey in broadcast news started in Medford, Oregon at KDRV, where she was the station’s Klamath Falls Bureau Chief and then eventually the Weekend Anchor. After two years, she headed to WKYT in Lexington, Kentucky, where she had a chance to travel to Washington, D.C. to cover the historic inauguration of President Barack Obama.

From Lexington, Janet landed in Nashville, Tennessee, a shop known for its talented photojournalists and visual storytelling. She covered everything from the aftermath of the historic May floods of 2010 to the devastating tornadoes that ripped through the state in 2013.

Before starting at Q13 FOX, Janet served as the Tacoma reporter for KING 5.

Her work has been recognized with Emmy nominations and awards from the Associated Press.

When she isn’t reporting, you can find her walking along Alki Beach with her husband or trying out one of Greater Seattle’s amazing restaurants.

If you have a story idea, she’d love to hear from you! Email her at jkim@kcpq.com or find her on Twitter at @JanetKimTV.