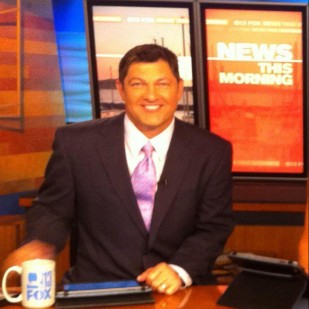 Brien is an Emmy award winning Anchor and Reporter. He currently anchors the early AM show at 4:30 and is the Breaking News Anchor and Consumer Reporter for Q13Fox News This Morning 4:30 – 10:00.

Before coming to the beautiful Pacific Northwest, Brien worked for stations in Charlotte, Phoenix, Los Angeles and Palm Springs. He also spent some time in Hollywood – where hosted several TV shows including HGTV’s Weekend Warriors, E! News Daily and BattleDome – and he appeared on network shows like The Practice, Roswell, and the X-Files.

He and his wife are thrilled to call Seattle home. They enjoy raising their two year old son together and are always checking out the best restaurants around town. (“when we find a babysitter”)

What do you love most about Seattle?
“Well, the people for one — they are so genuine and caring with such a great sense of family. And, it’s the most beautiful place I’ve ever been – with the mountains and water. There’s so much life here. There’s no place better in the summer!’

What gets me going?
A VERY strong cup of coffee after I’ve hit the snooze button 2x at 2 am.

What am I known for around the newsroom?
“The practical joker! I’ve been known to play a practical joke or two… or three on my fellow co-workers.”