Amtrak says a train with almost 200 people on board is finally moving again after 36 hours stuck in snowy spot south of Eugene, Oregon.

No one was hurt when the train hit a tree that had fallen onto the tracks Sunday about 6:18 p.m., Amtrak said. And passengers reported a "kumbaya" atmosphere during the ordeal.

The train is being pulled by a Union Pacific locomotive back toward Eugene, said Tim McMahan, spokesman for Union Pacific, which owns the Oregon rail line where the train had been stranded. 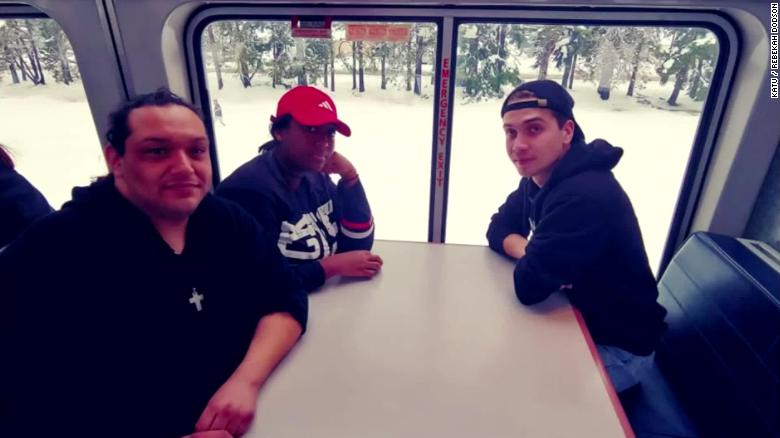 "The train had been inoperable due to weather conditions and downed trees," McMahan told CNN in an email. "UP crews worked overnight to clear the tracks."

And Amtrak said it expects more delays as the formerly Los Angeles-bound train heads back north.

While they were stalled all those hours, passengers could see nearby Oregon Highway 58, closed due to snow and ice. The town of Oakridge has no electricity due to the weather, passenger Rebekah Dodson said. 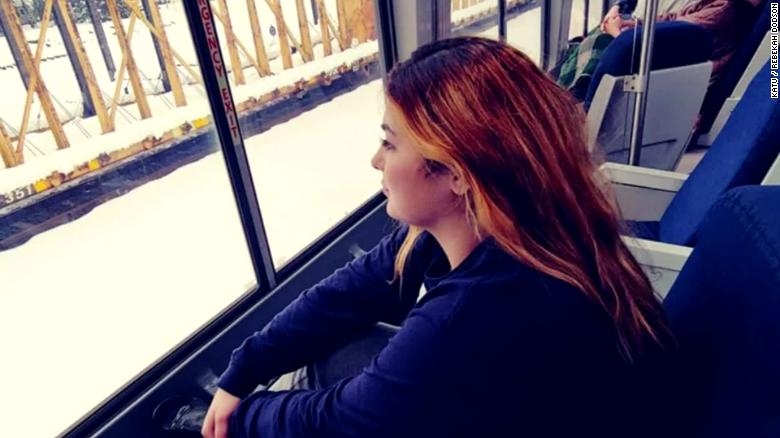 The National Weather Service had predicted Sunday that up to 2 feet could fall in the area. By Tuesday morning, at least a foot had accumulated, the weather service said. Oakridge averages 1.1 inches in February.

Eugene, home to the University of Oregon about 45 miles northwest, had a record-setting 9.5 inches Monday, the weather service said.

Amtrak spokesman Marc Magliari told CNN that none of the 183 passengers and dozen crew members were injured, but that after the accident "conditions further deteriorated with numerous track blockages from snow and fallen trees."

"Due to worsening conditions, area road closures and no viable way to safely transport passengers or crews via alternate transportation, Train 11 stopped in Oakridge, Oregon," he said. "We are actively working with Union Pacific to clear the right of way and get passengers off the train."

The train had power and enough food on board, for which passengers will not be charged, Amtrak said on Twitter on Monday.

With the help of heat, power and (so far) food, passengers said the mood on board has been surprisingly upbeat.

"It's just been like a giant kumbaya party," Dodson told CNN early Tuesday. "Strangers are playing cards. A teenager played his ukulele to kids to get them to sleep. Ladies who have never met before were dancing in aisles." 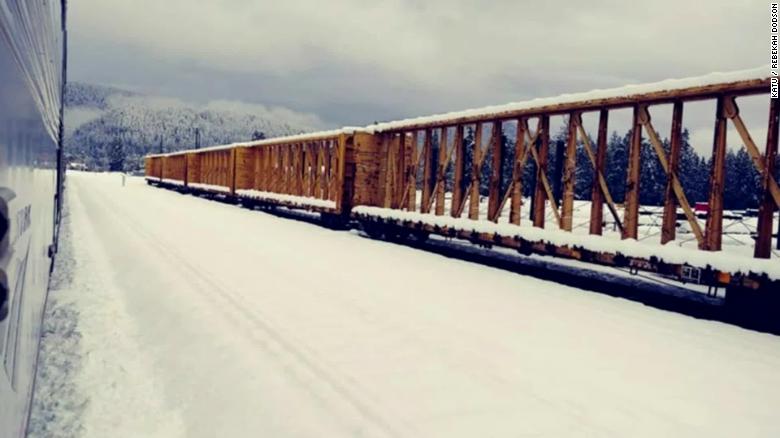 Still, she said, the "hardship" has been stressful as passengers cannot go anywhere. The train is surrounded by feet of snow. Some Los Angeles-bound college students have "panicked" because their professors won't accept their excuse for missing class, Dodson said.

Dodson said Tuesday morning that passengers had been told breakfast would be the last meal available.

Dodson was trying to return home to Klamath Falls after a teaching conference in Portland.

She said the passengers include families with children and a few dozen college students -- including about 20 students from Japan. Crew members had been "professional and nice" throughout.

Passenger Carly Bigby told CNN affiliate KOIN 6 the snack cart on the train is empty and people have run out of diapers for their children.

"A lot of the [older] kids have been really good but they're having to run up and down and it's a lot," she told the news station. "Especially the food -- it's not really food they're liking. Moms are doing all they can right now."

Bigby also said some people don't have good cell phone reception in the area where the train is stuck, and haven't been able to easily contact their families.